Our hearts are saddened by the loss of our old friend, Bob Thomann (HB9GX), who passed away on Saturday evening, August 3, 2019, at the age of 90.

Bob Thomann was the founder of the Swiss Shortwave Merry-Go-Round radio program, started on SBC/Swiss Radio International in the ’50s. Bob Thomann and Bob Zanotti (an American radio journalist from the New York area) later produced the program together in 1970 when Zanotti joined SRI from Canada. They co-presented what became a mailbag and DX technical program, which ended up known as “The Two Bobs” until the show was cut off by SRI management in June 1994. 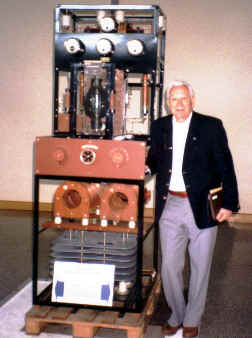 Although Bob Thomann never visited our station, in the late 80s’ he was Bob Zanotti’s technical expert and one of our silent and very “helpful hands” at IRRS-Shortwave and NEXUS-IBA. That was at the time (1988) when we set up our first Shortwave station and antennas in the outskirts of Milan, Italy. NEXUS-IBA’s first two Siemens transmitters were previously used by Radio Bern (Bernradio) aeronautical station located in Schwarzenburg, and very well known by the two Bobs.

You can read more about Bob Thomann and Bob Zanotti, the now-defunct Schwarzenburg station, and hear samples of the Two Bobs broadcasts on our blog.

Bob Thomann was a good friend of ours and a strong supporter of Shortwave broadcasting. We have lost a great supporter of International broadcasting, a wonderful person, and a dear friend. Rest in peace, Bob. We will miss you.

The Hello There listeners’ mailbag program, was just about the only production of NEXUS-IBA and regularly broadcasted show on IRRS-Shortwave (“I-double-R-S Shortwave, the Italian Radio Relay Service”). Alfredo Cotroneo, one of the founders of NEXUS-IBA,  hosted the program from 1989 until the late 1990s. He read and answered questions sent in by snail mail from all over the world.

During the early years of operation, the most exciting letters on the Hello There program were coming from Eastern Europe, i.e. from East Germany, the Czech Republic, Poland, Romania, Hungary, and of course from the former Soviet Union (USSR). Shortwave was – at that time – the only way to receive news and information from the West, and IRRS-Shortwave was quite loud and clear all over Europe, and, most importantly, being a small, independent, non-governmental station, had never been jammed by Eastern European governments.

Letters to IRRS and the Hello There program were often smuggled across the East-West Berlin border by couriers and had an address in West Berlin for any reply to be sent to. Sometimes letters came directly from behind the iron curtain to our famous PO Box 10980 mail address in Milan (this address is no more active since 2015), and occasionally they were opened, and paragraphs were obliterated using sturdy coloured ink by censors.

The Hello There program ran initially for 30 minutes but was reduced to 15 minutes during the last few years until it was suspended. It included occasional phone interviews on technology, the early use of the Internet, international broadcasting, DXing and pirate radio.

Besides being broadcast on Shortwave from Milan, Italy, some the excerpts presented here were also part of the first RealAudio tests at Internet Radio NEXUS dating back to 1995. They have been converted to the MP3 format are kept online for historical reasons only, and may have no actuality value. Due to recent cuts in our budget, we are unable to bring you these items regularly as much as we would like to do. Please consider becoming a NEXUS-IBA sponsor.

On March 28, 1998,  the glorious HF broadcasting station at Schwarzenburg, just a few kilometres out of Bern, the capital of Switzerland, was shut down forever. At NEXUS-IBA we have special memories linked to the technicians and the station itself, as both of our first 10 kW Siemens transmitters that were previously used by Berna Radio’s aeronautical service come from the Schwarzenburg broadcasting station. 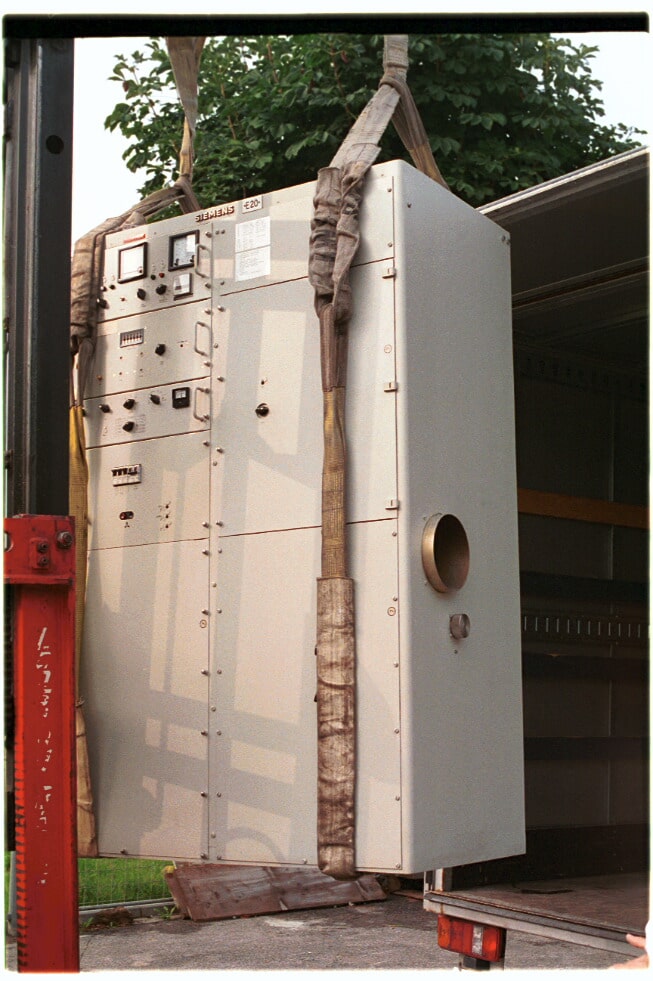 Still, on old tube radio receivers around Europe, you may find the word Schwarzenburg on the illuminated scale, but now the Schwarzenburg station has been wholly dismantled and won’t be on the air anymore. Founded in 1934, Switzerland’s shortwave voice was heard from this glorious station around the world even during world war II as one of the few sources of reliable and objective information.

The Swiss PTT operated the HF transmitting station at Schwarzenburg until the end of 1997 when Swisscom took over as a private company. The station itself was used for telephony transmissions around the world, for aeronautical and maritime services, and also by SRI, Swiss Radio International, that for a few more years continued transmitting on shortwave from other locations in Europe and around the world.

You can hear the whole story from the two Bobs (Bob Thomann and Bob Zanotti), who, sadly, and for the last time, reported from the transmitter room in Schwarzenburg.

A tribute to the two Bobs : Bob Thomann and Bob Zanotti and their last "Swiss Merry goes round" [14:36]

VideoCrypt Hacking on European satellite TV (from Hello There) [13:39]

Interview with Bill Pfeiffer - Moderator of rec.radio.broadcasting - on micro-radio (from Hello There) [13:26]

Interview with Universal Life's Primordial Christians (from Hello There) [13:51]