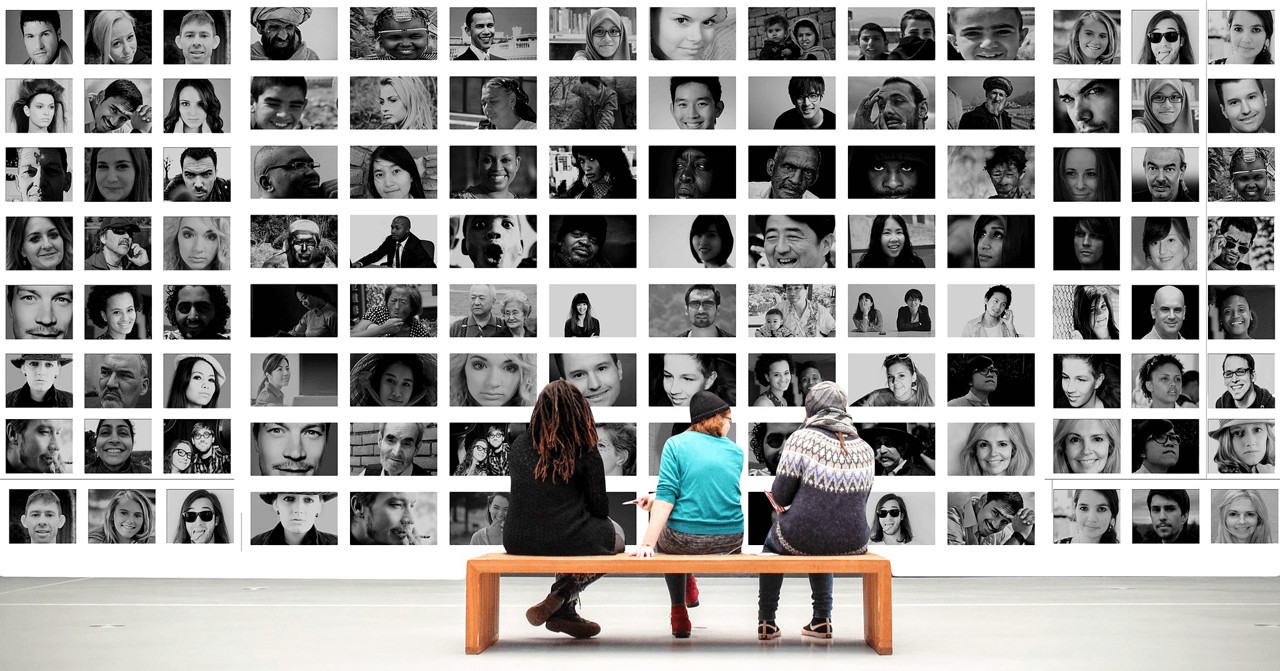 The Cultural Radio Link to Europe

In 1987, a small group of idealistic and highly dedicated people with broadcasting experience of their own had the idea of starting a Shortwave radio station to act as a link between independent cultural program makers and the European Audience. The Shortwave medium had been recognised for years as the most effective means of reaching the largest number of Europeans by radio and for the high quality of its audience. “The Italian Radio Relay Service” (also known as “IRRS” or “I-double-R-S“) went on-the-air in November 1988 and was an immediate success. 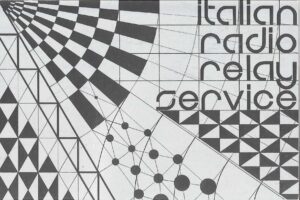 The founders of NEXUS-IBA used their funds to finance the necessary equipment and initially used the facility in their spare time on Saturdays and Sundays to broadcast their programming consisting of music, discussion programs, topical presentations, vintage radio shows, and plays. IRRS-Shortwave quickly became a unique part of the European shortwave scene and attracted a lot of publicity and interest. The experiment was so successful that enquiries poured in from other program producers who were also anxious to use Shortwave, but could not afford the high rates for airtime charged by the established commercial relay stations.

Soon afterwards, IRRS-Shortwave began airing the current affairs and cultural programs of leading international, intergovernmental agencies (I.e. United Nations, UNESCO and other UN agencies) and special program services produced by other broadcasters. Thousands of listeners praised their content as being of quality and nature not available elsewhere. The much older NEXUS’ FM station (1979-1999) was created as the relay of the BBC World Service in Milan and a major source of multilingual programs in Italy’s most important industrial and commercial centre. 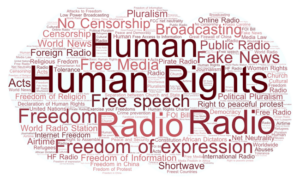 And so, the NEXUS/IRRS idea grew. Founded in 1990, with its seat in Milan, NEXUS-INternational Broadcasting Association (NEXUS-IBA) is a non-profit association founded under Italian Law. Proof of NEXUS-IBA’ established position in international broadcasting is the fact that it earned a coveted separate listing in the prestigious “World Radio and TV Handbook” and “Passport to Worldband Radio“, the leading “Who’s Who’s” in international broadcasting. In the religious broadcasting field, some internationally known and respected radio ministries have also become NEXUS members. NEXUS-IBA created special Christian radio segments on its programming, branded as “European Gospel Radio” or EGR, becoming one of the leading outlets of multilingual spiritual programming in Europe. NEXUS-IBA is, however, strictly non-denominational and open to anyone with a message to tell the world.

According to the Italian Broadcasting Act of 1990, the Association is designated as a “non-profit community broadcaster operating in the public interest”. NEXUS-IBA makes broadcast time and consulting available to members of the Association. Membership fees are very modest and entitle members to the lowest airtime rates billed directly by preferred commercial service providers. The small volunteer NEXUS-IBA administrative staff is highly dedicated and receives no remuneration beyond legitimate expenses. All members contributions above rents, electrical, and maintenance costs go back into the Association to guarantee the lowest possible airtime rates.

NEXUS-IBA is based in Italy but is truly international in its scope and philosophy. Current programming is in English, French, Spanish, German and in the Oromo language to East Africa. Programs may be in any language and deal with any subject. The NEXUS-IBA Executive Council exercises no censorship or control and intervenes only in cases where there might be a clear conflict with or violation of Italian or European Law. 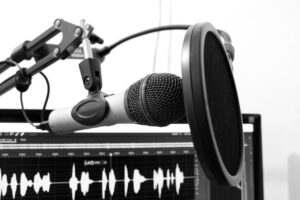 Until 2001, NEXUS-IBA operated on Shortwave from Milan, Italy, with two SIEMENS transmitters of extremely high quality and reliability. Although capable of standard AM (double side-band) transmission, NEXUS-IBA chose to operate with the much more effective and efficient “A3A” modulation, i.e. Single Side-Band, reduced carrier mode, as recommended by the International Telecommunication Union. In this way, our signal has the same communication power as a conventional AM transmitter of 30 kW, while remaining completely compatible with non-SSB receivers. Careful frequency management and the use of digital audio processing techniques assured a signal strength and subsequent high station profile all over Western Europe, the Mediterranean area and over the iron curtain into Eastern Europe. 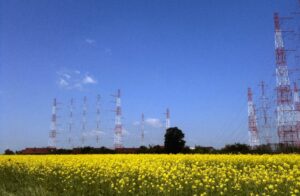 Today NEXUS-IBA operates with high power Shortwave transmitters located in Europe, with transmitter powers of 50, 100, 150, 200, 250 and 300 kW. Using high gain curtain HF antennas, we can reach every corner of the world with a maximum ERP (Effective Radiated Power) of approx. 87 million Watts.

From concept to transmission, NEXUS-IBA is on a solid basis and would be happy to welcome your organisation as one of our affiliate broadcasters.

Anyone who wants to talk to Europeans by radio in the most cost-effective manner.

Do you remember the pictures that went around the world during the Gulf War, showing people glued to their shortwave radios to get the latest news from the outside world? During that crisis, sales of Shortwave receivers skyrocketed leaving dealers with empty shelves. Shortwave once again demonstrated its importance and effectiveness. For all the talk of satellite radio and TV, Shortwave radio remains the most cost-effective electronic mass medium that can span enormous distances instantly and penetrate every home in Europe. Also, Shortwave radio is portable and is a companion wherever one goes. It is truly the world’s most mobile electronic mass medium. Modern Shortwave receivers are ultra-compact and very easy to use.

NEXUS-IBA offers direct access to millions of listeners in the world, across the digital divide, in areas where often there is no access to the Internet, no electricity, and no local radio or TV station. 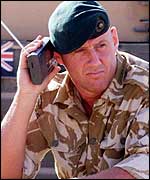 Do you remember when a telephone call between the U.S. and Europe cost $5.00 a minute? Today that same call costs a fraction of that amount. Thanks to cost-saving modern technology and, above all, automation, the miracle of international broadcasting has also become affordable for everyone. As specified in its legal charter, NEXUS-IBA makes this non-profit service available on Shortwave, AM radio (Medium Waves) and with free radio streaming over the Internet.

The non-profit NEXUS system has cut overhead to the bone, but not at the cost of quality service. The small, dedicated NEXUS staff is non-salaried. This fact, along with computerisation coupled with state-of-the-art transmission equipment ensure NEXUS members reliable, top-quality, worldwide coverage.

WHO WILL I REACH? 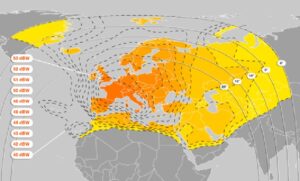 Technically-speaking, your message will reach every household and individual with a shortwave radio. Dedicated broadcasts, using high gain antennas that can be beamed to any country, can provide almost local quality reception in any region in Africa, Asia/Pacific, Europe or in the Americas. And there are millions of more travellers who carry shortwave with them to keep in touch with the world and for companionship along the way.

Perhaps more important is the quality of the shortwave audience. Shortwave listeners are well known for their above average education, open-mindedness, and interest in international, intellectual, and cultural affairs. Besides that, you will be in excellent company on NEXUS-IBA and European Gospel Radio, which have already been used for years as relays by international broadcasters and official international agencies of the highest standing. 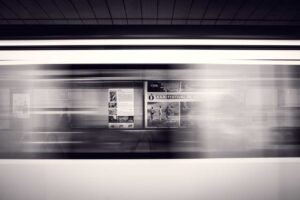 Our non-profit organisation has expertise in Shortwave International broadcasting going back more than 40 years. We offer “total counselling” free of charge. We want to help you make your broadcasting mission a success.

Whatever your programming, NEXUS-IBA will help you reach the right audience at the right time. If desired, this free counselling includes editorial as well as technical assistance, custom tailored to your individual needs. We offer extremely flexible scheduling, ranging from regular daily and weekly service to sporadic, ad hoc broadcasting of individual programs to any world target. We are prepared for short-notice service, and for program material fed by satellite, FTP uploads, live streaming or even old-style telephone feeds.

Smaller programmers will appreciate the value for money of the NEXUS system made possible by its non-profit basis. Larger program institutions should be aware that, even if they operate their facilities on Shortwave, NEXUS-IBA reaches a very loyal and high-quality fragment of the Shortwave market that may not make a habit of listening to other stations.

Our listeners have repeatedly expressed appreciation for the unique variety and quality of NEXUS-IBA programs, reflecting the wide range of NEXUS-IBA members. Perhaps you have “minority” program material that is not suited to your regular operations, or for which no time is available on your regular outlets. The chances are that this material will find a grateful audience via NEXUS-IBA.

Furthermore, NEXUS-IBA has no political and no religious affiliation. It has a very liberal editorial policy and does not edit or censor material unless in crass violation of official legal guidelines. With NEXUS-IBA you get your message on-the-air the way you want it heard. You are not at the mercy of a production middleman. 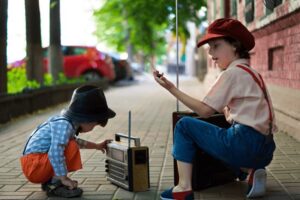 We could go on. But we think it would be more productive to talk with you directly about your particular needs. Whether you are involved in cultural, political, tourist, current affairs, or religious programming, NEXUS-IBA was created to serve your needs.

Please contact us for detailed information at no cost or obligation. You are just a ‘phone call or email away from your direct link to the World Shortwave market. And don’t forget our live streaming radio services, serving the international community from our streaming servers in Europe, Asia and the USA.

With its seat in Milano, Italy, NEXUS-International Broadcasting Association is a strictly non-profit association founded under Italian Law that operates IRRS-Shortwave, European Gospel Radio and IRRS-Medium Wave to Europe. NEXUS-IBA makes available broadcast time, with no commercial advertising on the air and, currently, with no corporate underwriting and no government sponsorship.

We depend on the generosity of dedicated and involved listeners like you.
Support from listeners makes everything we do possible.
Donate now!
Donate now!
Contact us
Europe’s Cultural Radio link was last modified: February 28th, 2019 by NEXUS-IBA | IRRS