Twenty years of broadcasting from Milano to the world! 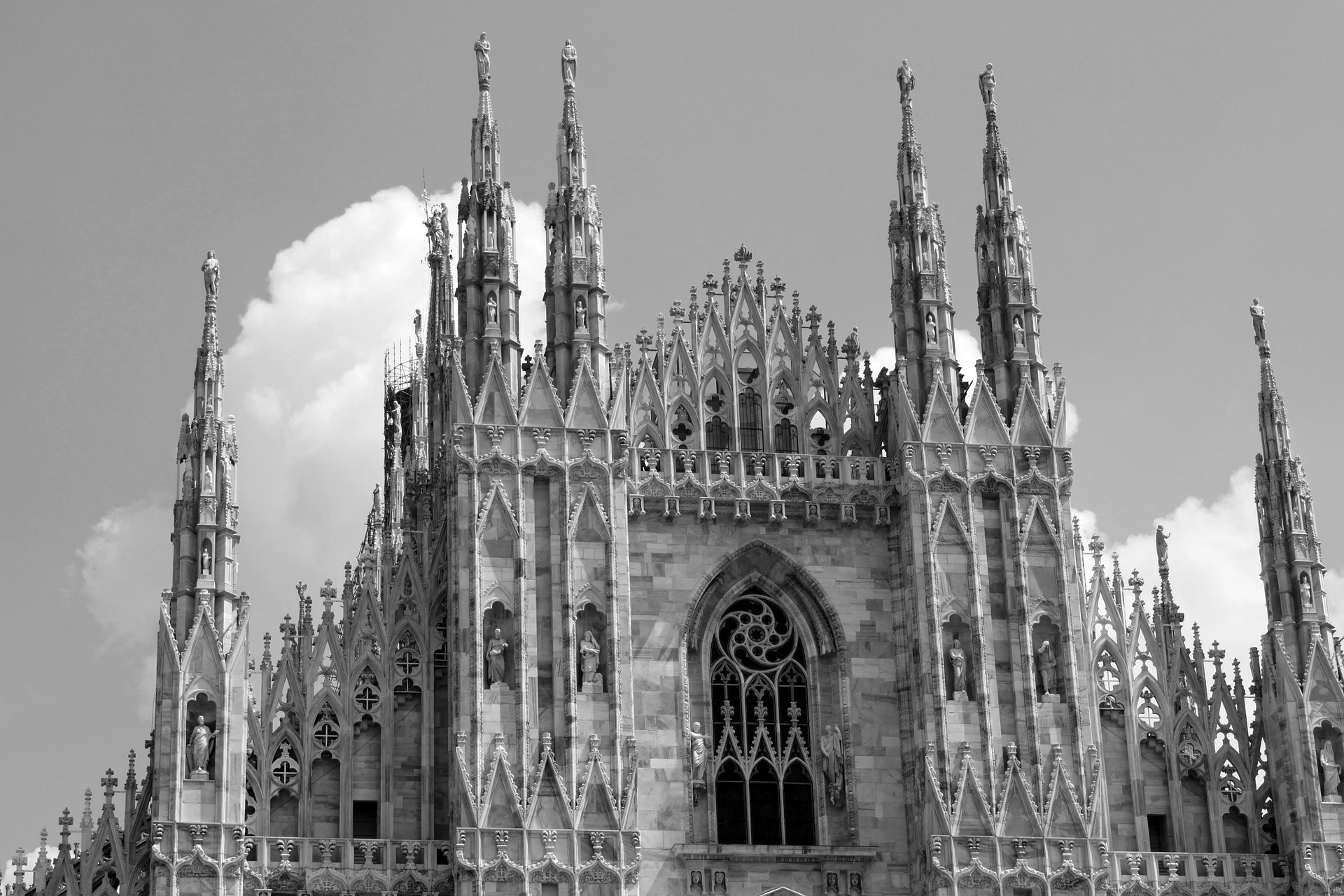 This is how NEXUS-IBA was born

Pioneering FM English broadcasting to the greater Milan :
Most of our programs on FM came from Shortwave broadcasters around the world

In 1979, a local FM station went on air in Italy’s commercial centre, Milan, to serve the large English speaking community living in the town. In a short time, “IRRS-Globe Radio Milan” attracted a large audience in this cosmopolitan city, and it was also featured in the in-room cable radio services of Milan’s leading hotels. Up to the present date, IRRS-Globe Radio Milan’s main programming consists of relays of BBC World Service. For more than eight years in operation, programming from the BBC, United Nations and UNESCO Radio, Radio Sweden International, Swiss Radio International, Radio Earth, World Music Radio, the Voice of America, WRNO-New Orleans, Radio China, Family Radio and a number of other small organizations and individual program-producers has been heard on 88.8 MHz in stereo FM in Milano via IRRS-Globe Radio Milan. From the beginning IRRS-Globe Radio Milan strove to be the English-speaking station in Milan, offering a wide range of information and entertainment to cover the complete needs of the English speaking community.

A lot of programs heard on FM are a good selection of the best ones available from the leading Shortwave services in the world. Our aim has been exactly to bring this material to a local audience on FM, who never heard this kind of programs on the SW dial, or more simply do not even know how to tune into the shortwaves.

Back in 1988, after years of successful operation on FM, the “Italian Radio Relay Service” management became more interested in the shortwave medium itself, asking the question: “if the idea worked in Milan, why not all over Europe”? At a closer examination, it became clear that there were also many small program-making individuals and groups that were eager to reach a European audience with their message through a regular broadcaster. These people knew, on the one hand, that shortwave is a proven means of reaching such a mass audience. However, rates charged by the big guys representing the traditional SW relay facilities in Europe were so high that ordinary people just could not afford them, and, on the other hand, small pirate stations and local AM and FM stations could only cover a very limited area of the European Continent. So the IRRS-Shortwave idea was born!

The IRRS philosophy was simple: offer program-makers an effective and reliable shortwave relay facility in Europe at prices they can afford. But how could this be done? The answer was “creative engineering”. Transmitter powers measured in the hundreds of kilowatts may sound impressive, but they are also costly and equally unnecessary to cover Europe. It was decided that a transmitter of 10kW would do the job quite well. But carrier power is not everything. More important are good frequency planning as well as the quality and effectiveness of the antenna and modulation. In the summer of 1988, an exhaustive search was made to find a location that would be best for shortwave. Finally, a place was found in the Po Valley where ground conductivity was excellent, assuring a low take-off angle for the signal. To assure reliable operation, a 10 kW Siemens commercial communication transmitter was purchased, and it was decided to use an omnidirectional L-dipole antenna configuration. There was a long discussion about the best kind of modulation, resulting in the bold decision to experiment with reduced carrier single-sideband or “A3A”, based on the belief that European listeners would be equipped to receive this advanced form of modulation and thus enjoy the benefits of SSB. On the other hand, this type of modulation can also be received on conventional AM receivers. But above all, the 10 kW of A3A modulation would have the same effect as 30 kW of conventional AM.

Initially, a multi-band antenna system for 75, 41 and 31 meters was installed and in November 1988 test transmissions began on 3.945 MHz, just minutes after the antenna was completed. Unfortunately, an unknown utility station objected to IRRS’ use of 3.945 and jammed our operations, but not before dozens of reception reports came in. After those initial tests, the frequency of 7.160 MHz on the 41-metre band was chosen for early mornings, with a band change to 9.860 coming at 11.00 CET. And so, IRRS-Shortwave came into being.

In those early days, IRRS-Shortwave needed to establish itself as a reliable, regular service. So in addition to programming provided by United Nations and UNESCO Radio, IRRS-Shortwave maintained its Sunday broadcasts schedule by playing music and radio plays as well as recordings of old radio programs. The big breakthrough came early in 1990 when IRRS-Shortwave was able to sign some contracts for the relay of a wide range of religious broadcasts. At the same time, United Nations Radio decided to expand its programs by including the Russian language and providing IRRS-Shortwave with up-to-the-minute news in connection with the Gulf crisis through the telephone line, just a few hours before going to air, thus making IRRS the best source of UN information in Europe.

… and so NEXUS-IBA was born

1990 has also brought with it the most significant development in private broadcasting in Italy since the beginning of 1975. IRRS-Shortwave always registered its operations on FM and Shortwave with the Italian Authorities. In October 1990, however, to continue its local and international transmissions in compliance with the Italian Republic’s law no. 223 of August 6, 1990, which first set the rules for radio and TV broadcasting in Italy and establish the guidelines for licensing stations, “NEXUS-International Broadcasting Association” was founded with the aim of taking full control of all IRRS FM and Shortwave operations. The new law strictly regards as a criminal offence the establishment of any new radio and TV station after August 9, 1990, leaving IRRS the biggest and most powerful private SW operation in this country (as it has been for some time).

Five years later, in 1995, a new law was passed which sets new rules and regulations for privately owned Shortwave stations operating from Italy. NEXUS-IBA has been very clear in saying that this was an attempt by the Italian Ministry of Communications (PTT) to close down and prevent all type of Shortwave broadcasting from Italy. The Shortwave broadcasting Act set strict rules on the kind of programming that we could carry, i.e .all programmes must be produced by the licensee, prohibits all forms of sponsorship and advertising, bans any broadcast directly beamed to Italy, and set a yearly license fee of approx. 15,000 US dollars.

NEXUS is a non-profit association whose membership is open to all small and big broadcasters as well as IRRS-Shortwave listeners who would like to support our activities with their help and financial support. According to NEXUS-IBA’s charter, the Association aims to provide a cultural, ethnic, and religious radio service on a local, national and international basis. Furthermore, the association offers its media and assistance to members for them to air cultural, scientific, political and religious material, locally in Milano, in Italy as well as internationally through all media controlled by the association. Since the beginning, we wanted to grant by all means pluralism and access to these media especially to ethnic, cultural, political and religious minorities, with no distinction of race, sex, language, political credo or religion. According to its charter, NEXUS also intends to promote and sustain the production and transmission of educational, cultural, political and religious programs using available funds and through the media controlled by the association. NEXUS will also promote as well production and transmission of programs in Italian beamed to Italians living abroad, in cooperation with other national and international organisations.

The grim financial side, and the force of NEXUS-IBA:
Our members and volunteers

NEXUS is not currently sponsored either financially or by other means by any governmental or non-governmental organisation. All users of IRRS-FM and Shortwave outlets as well as any other media that will in the future come under the control of the association have to share the expenses of running such facilities. Annual membership fees which vary from 100 to 300 US dollars, as well as hourly rates for the usage of IRRS transmitters, are used to cover the running costs of the association and its media, as well as to promote new programs. With these funds, NEXUS Executive Board may also decide to finance in part or all the production and transmission of particularly valuable programs produced by its members or by the Association itself by the aims of the association, defined in NEXUS’s charter.

The force of NEXUS-IRRS is a small but dedicated staff of people who put in many hours of their free time, and at no cost, to provide a reliable service both to its listeners and members-program producers. Running IRRS-Shortwave in the past and NEXUS at present is complicated and very time-consuming. There was constant correspondence; taped material had to be fetched from the post office to IRRS-FM and Shortwave broadcasting studios. QSL cards have to be written, and all other correspondence and listeners inquiries answered. All listeners’ letters have to be Xeroxed in more than twenty copies and sent to all IRRS broadcasters (they may also respond themselves after a few weeks with a personal message or a QSL card of their own), and operations personnel have to be organised and rostered. From the beginning, programs are transmitted directly from IRRS transmitter sites (FM & SW). We were one of the first stations in 1990 all operations became wholly digital and automated, being fed via ISDN from the Association headquarters in the centre of Milan (all this was long before the Internet, satellite and ADSL).

Along the way of this unique venture in local and international broadcasting with NEXUS-IRRS, we would like to take this opportunity to thank the many Shortwave listeners who have supported IRRS-Shortwave from its beginning, and ask them to continue their support by regularly tuning to our broadcasts, and by continuing to report and above all comment on programs and reception; and possibly even writing us with supportive comments that we could pass along to all competent authorities who are allowing us to continue our work from this country.

We have now entered the era of Internet broadcasting, and many stations are closing down on Shortwave and opening new paths in satellite and RealAudio delivery instead. In 1994, NEXUS-IBA established itself on the Internet and became the first radio station in Europe to use RealAudio. Today NEXUS-IBA is also a global, international Internet Service Provider (ISP) with its own servers located in Europe and the USA. NEXUS-IBA offers Web hosting, including RealAudio, as well consulting, to members and non-members of the Association. All funds coming from Internet services help to support our operations on Shortwave and FM.

Finally, we would also remind once again that NEXUS is now a non-profit association and by no means can (by law!) IRRS activities be regarded either commercial or profit-making. In this true spirit of service to our listeners and broadcasters community, and along the lines of NEXUS charter, the Executive Board would like to support when possible with regards to NEXUS available funds those programs of a “hobby nature” which has been heard in the past over IRRS and are produced in great number around the world. Please contact NEXUS for further information, by e-mail at info@nexus.org or https://www.nexus.org.